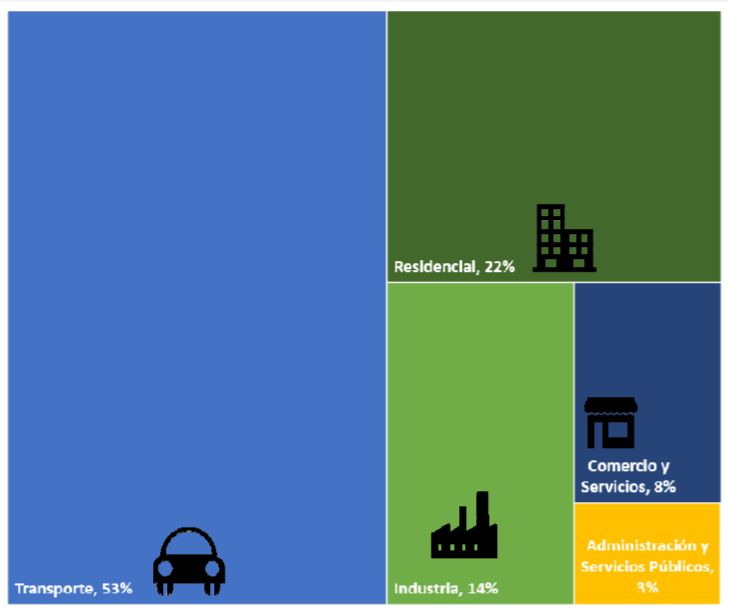 Shortly before Spain has become one of the European countries most affected by Covid-19, the city council of Pamplona had advanced on two important milestones preparing the next decade: One was the kick-start of its energy transition strategy. The other was the citizen consultation around its Urban Strategic Plan 2030.

Pamplona, in the North of Spain, is a city of almost 200.000 inhabitants and one of the country’s greenest cities with 20% of its area covered by parks and green spaces. Nevertheless, the city has the ambition of going even greener – in the broader sense. Beginning of March, the “Go Green Pamplona” strategy has been kicked off with the release of the most up-to-date energy consumption inventory for the whole of the city.

According to this energy data analysis report (based on 2017 statistics), transport and oil by-products account for more than half (53,1%) of Pamplona’s final energy consumption. This is followed by residential consumption (21,5%). When it comes to energy consumed within the remits of the local authority, the municipal consumption accounts for only a bit more than 1% of the city’s total. Nevertheless, the city council recognising its exemplary role, it declared climate emergency last September and committed to respect the NZEB standard for any newly constructed municipal building. Up to now, only less than 10% of consumed energy stems from renewable sources with only little local production. As a comparison: in Spain, renewables make up for 14,89% of the total share of energy consumption.

This energy mix is costly for the city: €460 million are spent on energy expenses, with few to no benefits for the local economy. This translates into an energy bill per capita of €2,330. This spending could be reduced by locally adopting the “objective scenario” presented in the country’s National Energy and Climate Plan: It requires an increase of renewable energy demand by 40%, of natural gas by 16% and of electricity by 5% while decreasing the use of carbon-intense energy sources.

For a “renewable” Pamplona, efforts will be required from all sectors. Concretely, the report recommends +80% renewables in industry, +26% in transport, around 118% in the tertiary sector and +12% in the residential sector. All in all, the next decade requires a stronger electrification and decarbonisation of the energy demand in the city, combined with much more local energy generation. The “Go Green Strategy” will shape an energy system that favours decentralised production, involving citizens, both as well informed customers, but also as producers or distributors of energy. Pamplona’s city administration is about to launch a subsidy scheme to encourage individual and collective self-consumption.

The energy transition and climate strategy for 2030 will be complementary to the Pamplona Urban Strategy 2030. The document was started in 2018 and is in its final phase now. It describes the current state and future objectives to tackle the city’s challenges in a cross-cutting way, combining sectors and topics. It is well aligned with the European Green Deal as the next 10 years should be dedicated at strengthening the following five dimensions of the city:

Apart from being aligned with the UN Sustainable Development Goals, Pamplona’s future is being designed around seven previously defined fundamental values: equality, citizen participation, age dimension (childhood, youth and elderly), universal accessibility, inclusion, conviviality and ecology. This means, that each strategic project has to comply with these seven criteria.

Citizens are given the opportunity to submit own project ideas for achieving the 2030 targets. They can either fill in an online template on the Erabaki platform or drop their concept in one of the idea booths that are located in libraries, health centers and other public places. As the deadline has been extended due to Covid-19, residents may use the current lockdown at home for submitting their project ideas on how to make the city stronger and more liveable in the decade to come.

Pamplona is still at an early stage of its 2020-2030 roadmap and the Corona crisis may have an impact on its implementation. Spain’s leader Pedro Sanchez, who is currently working on the post-Covid-19 future, should set his action plan along climate-proof local ambitions like the ones in Pamplona. Before Summer, the government will discuss its national recovery action plan with regional and local authorities. This is an opportunity not to be missed in order to direct the economic stimulus at what brings at once health, social and economic benefits: the energy transition.

Through the project “Renewable energy partnerships”, Energy Cities offers Pamplona’s municipal team a learning platform through which they can design collaboration paths with their local energy cooperative Goiener. Together with Friends of the Earth Europe and REScoop.eu, Energy Cities aims at fostering city-cooperative-citizens collaborations. During our network’s Annual Conference in Heerlen in September, we will hold an EU-level peer-to-peer “Cooperation Lab” with Strasburg (France), Modena (Italy) and Pamplona, each accompanied by representatives from their local energy cooperatives / civil society organizations. These activities are supported by the European Climate Foundation.